Skip to navigation | Skip to main content | Skip to footer

Chemistry has a long and distinguished history in Manchester - it was here, in 1803, where John Dalton founded modern chemistry with his atomic theory.

Here too, James Joule laid the foundations for the science of thermodynamics in the 1840s, and Edward Frankland established the theory of chemical valence at Manchester in 1852. The first UK Professor of Organic Chemistry, Carl Schorlemmer, was appointed here in 1874.

Manchester has always been at the front line of chemistry - and we aim to keep it there. In more recent times we can point to chemistry Nobel Prize winners such as John Polanyi (1986) and Michael Smith (1993), both of whom studied for their BSc and PhD here. Add to this the many Royal Society of Chemistry medallists presently on our staff and it forms a continuing tradition of which we are justifiably proud.

Of course chemistry does not have all of the 'firsts'. We should also mention that in our sister science physics, Ernest Rutherford - who won the Nobel Prize for Chemistry - first split the atom here at Manchester.

Our history in pictures 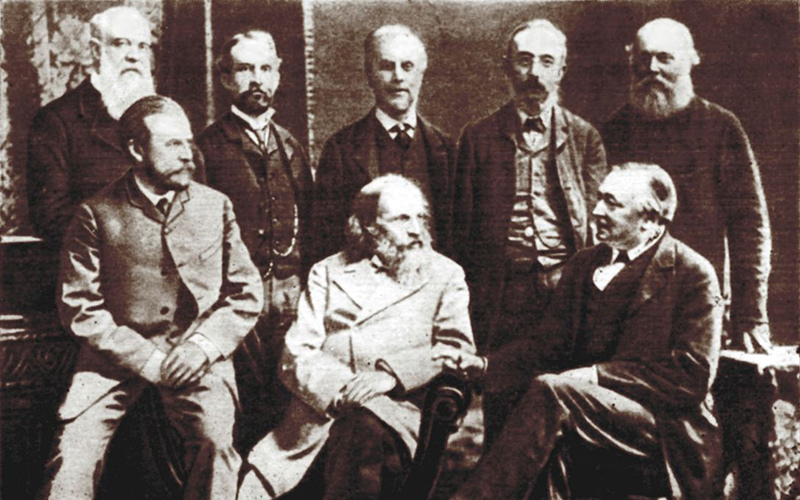 A British Association for the Advancement of Science (BAAS) meeting took place in Manchester in 1887. 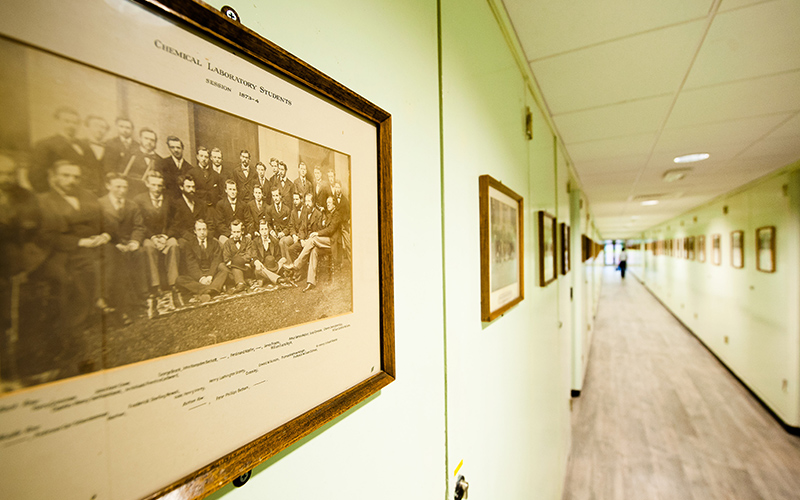 The walls of the Chemistry Building are lined with photographs illustrating the rich history of the Department. 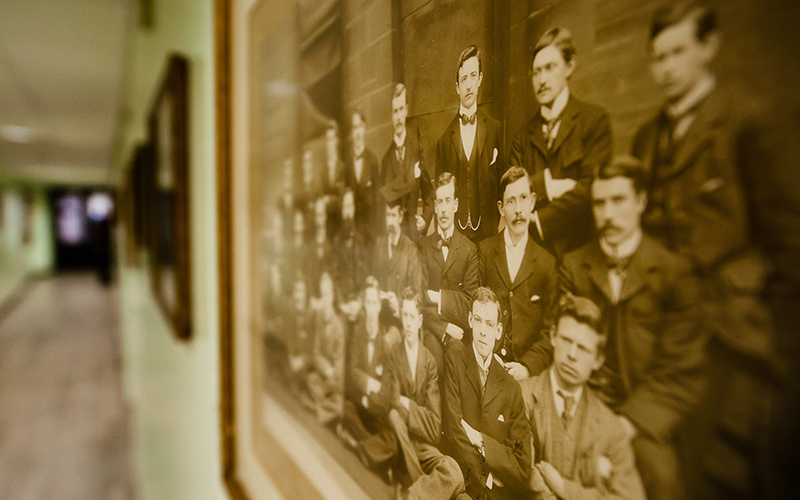 Many important people have helped to make the Department what it is today. 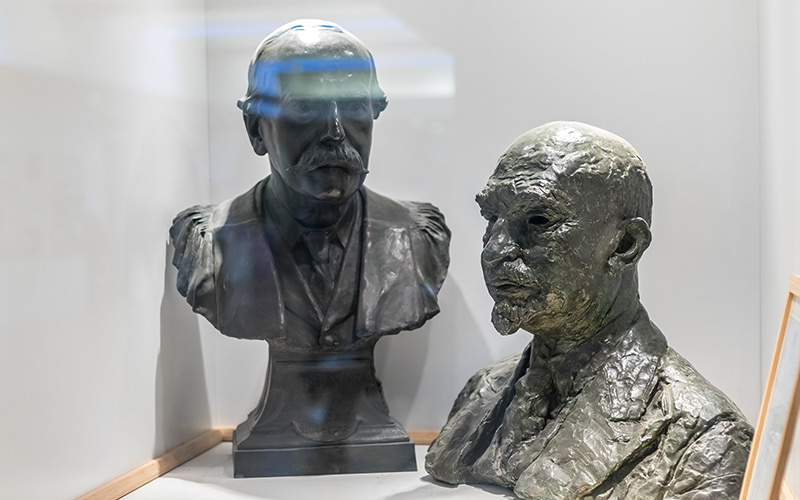 References to the Department's illustrious past are found throughout the Chemistry Building. 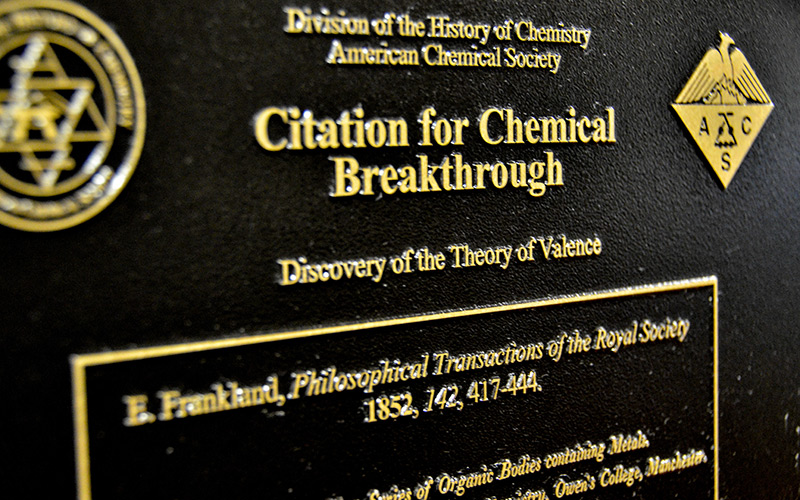 The Department unveiled a special plaque in 2016 to celebrate the legacy of Manchester pioneer Sir Edward Frankland FRS.

Today the Department organises its research into six distinct themes.

Stay up to date with the latest news from in and around the Department of Chemistry.